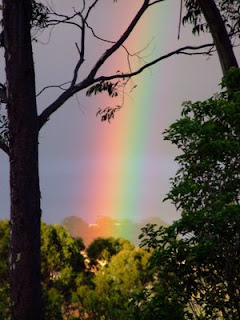 If we imagined that good always prevails would we engage life with a different plan? The answer to that question might be more important than we think and as in all things important it might be painstakingly elusive as well. Why ask the question in the first place?

It’s only important if we embrace the possibility of truth being embedded in the statement 'good always prevails'. The idea that good will prevail over the course of time is a philosophy handed down by generations of writers and thinkers, theological and secular.

If we accept the truth of that idea as an acknowledged principle, then it raises the question of whether or not it should alter the way we live our lives. If I accept that good prevails I might elect to care not a thread if I abet its ultimate triumph, another way of saying it doesn’t matter what I do in my life. I might also say it this way, “If good always triumphs in the end there is no need for intervention on my part.” Conversely, if I decide that the flow of good required for triumph is inherently tied to my personal actions, it creates the need of a demanding code of conduct, a code directly predicated on embracing one simple belief.

In that same speech given on August 16, 1967, King quoted a William Cullen Bryant phrase of matching power, "Truth crushed to earth will rise again."

If good can be equated with justice or truth, then we might combine all of this thinking into the idea that good, justice and truth prevail over time, or as King poetically states, “over the arc of the moral universe”.