There is a thread of religious philosophy that argues we must seek a goodness that comes from outside ourselves. Our bookstores are filled with self-help books intent on resolving and making correct all that we find inside ourselves to be wrong.

Evangelists on television implore us to ‘change’ and accept the correct way to walk. Muslim fanatics will kill children for no reason other than being told it will make Allah pleased if they do so.

We rush forward to buy the books that will set us on a correct path. We embrace the truth of the evangelist and he accepts our money, as we look for the secret of how we are to find our happiness. Muslim extremist blow their bodies into small bits taking other souls with them as they work toward their personal nirvana. 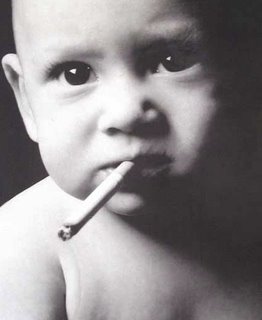 Move backward more until you reach your initial day on earth. Is the innocence of our childhood corruptible? Many would argue yes, and I think I might stand on the side of those that do so. But, is the original purity of soul forever gone?

The Christian evangelist and the Muslim extremist tell us that humans are evil and filled with greed. They declare even the children to be corrupted in this sea of unrighteous ignorance, doomed to an unmentionable fate. We are told every day, if we chose to listen, that we are evil, our hearts and minds diseased by all that is wrong with us.

Go with me now to a different way of thinking; a way that declares there has never been anything to correct. I want to give you a new understanding that we have been delivered whole and that the unnatural focus on correction has corrupted the innocence and correctness of our lives.

I am reminded of my father. With perfectly good intentions he would install television antennas on our black and white 1960’s version television in attempts at receiving a better picture. By the end of the day what had begun as a viewable quality picture became fuzzy and fuzzier throughout the day as the antenna grew taller and its direction was aligned and then realigned repeatedly. He was searching for ever more clarity rather than accepting the clarity as it originally existed.

We are all too often trapped in the far more serious task of seeking a better way than the way that was divined into us at our birth.

I offer to you that the process of addition undertaken by the applied application of the ‘lessons’ might actually be the reverse of what we actually require. Can we make more progress by removing false beliefs rather than adding more false beliefs?

A proud Baptist preacher once told me that without accepting the exact teachings under which I was raised, I was surely destined for hell. He told me life is about constantly correcting all that we do wrong until we find salvation and forgiveness for all that we have, in fact, done wrong.

I asked him if that meant we were sinners when we were born. He said “Yes, certainly!”

I asked him if he took two rocks and worked and worked by rubbing them together could he produce a diamond.

Smiling because he thought there was a trick in my question, he answered “Not unless the rocks were diamonds to begin with.”

Unwittingly, he spoiled his own argument.

We are all diamonds and we come from God to earth in that fashion. Life may create the need to wash the dirt off of our brilliance from time to time, but no more rubbing is required.

Remove the false beliefs, and embrace the paradox.

Hi. I appreciate your blog and have stopped by a few times. I first found the link on Robert Shapiro's Benevolent Magic blog. I wanted to say hello and respond to this blog in particular.
As a Sufi, I would have to agree that we are all diamonds and need polishing. One of my teachers says that 90% of the path is unlearning, and 10% is learning which I think echoes the sentiment of your blog. One of the practices we have in sufism is called zikr, which is affectionately dubbed polishing the heart by some. I am not trying to recruit you, just sharing my own experience. My personal reason for seeking knowledge outside of myself is to learn better how to see inside myself.
Thanks again for your writings.
Best,
Steve

Steve,
Thank you for stopping by and your enrichments on what is written here. I'll be coming by to see you!

You and the preacher could both be correct. I was born evil, and I'm still evil. Therefore I have stripped away all the tarnish from life and am still absolutely perfect. It's nice when we agree like this. :p

But seriously, great post. I agree with your view.

Grant,
Being born peerfectly evil carries more than casual significance in itself, the pressure is on my friend.
Appreciate you as always.

As my daughter says when she shares something she'd rather keep...such as a juicy blueberry 'Good one, Rick'. Ok..she doesn't say 'Rick', she says 'Mama'. But you get the message.

This is why while I believe in God or a Higher Power....I hate religion. Hate might be too strong of a word...but it might not.

I've thought a lot about how to teach my little girl...I want her to believe but I never want her to feel bad - because of something religious she might learn. The Idiot is Catholic...non-practicing but still learned.

I think she's perfect...spiritually (and otherwise)...even in her imperfections. I think if I can teach her tolerance, in the greater sense if you know what I mean, I might be on the right track.

Oh...and to be gentle and not to hurt anyone on purpose.

Jenn,
My grandson 23 months is visiting this weekend. His actions are the basis for the thinking behind the post and so, yes, I am tracking perfectly with you on this one. Their innocence and the beauty and happiness they find in life I think is only what we have lost somewhere.
Now to begin subtracting and finding it again, eh? Give little Jenn a big hug for me.

How can anyone who has held a newborn baby or a young child in their arms look at them and in complete honesty say this is a sinner? We are born perfect (perfetly brilliant diamonds .. I love that analogy), and as close to God as we are ever going to be while we are living in this world. It is the world and what we see, hear and learn that changes us. I also love that analogy .. work backward, a difficult but perfectly reasonable goal for us to have. Thanks for your post.

bellarosa,
Thanks for the thoughtfulness in your comment. I know what you mean about the newborns. Just this weekend I held a 3 month old, all wiggly and smiling and pefectly content.

Good thoughts, my man. I will be back.

Brilliant, challenging yet compassionate and caring.
How do you do that?

Great post Rick (and pink trauma's gravatar almost made me spit diet sunkist all over my desk).
I think we are born shining diamonds also and gradually through the ugliness that is our fellow man(woman?) a little bit of the shininess fades. We DO need to work backward to that shiny state once again, a never ending task. And anyone who can call an innocent baby or child evil is just... wrong. UNLESS said child is a black haired little moppet named DAMIAN .... !

Babies are without sin. How can they possibly be sinners? They have no idea of what's right and what's wrong (sin). I can't believe that pastor said that!!!

Bellarosa hit the nail on the head.

Sin is something we learn...hate, greed, lies....that's stuff we learn to do, we're not born knowing how to do it already.

Pinkster,
Thanks for your comment, and I will come by to see you too.

Molly,
Always so positive and kind. Where are you anyway?

Cakes,
I think it as a working theoretical position with these guys. If we are born sin free then the operating mechanism for fund raising and guilt inducing is removed.

Queen of Nuts,
You said:
Sin is something we learn...hate, greed, lies....that's stuff we learn to do, we're not born knowing how to do it already.
That is so elegant in its blunt simplicity and clarity; something at which you excel.
It seems so simple, how do we so easily lose our way?

Rick,
Very much well written, but I have come to expect only the best from you.

I am not of any "organized" religion, because my thoughts continue on the hypocrisies from one religion onto another. Most religions teach to respect all living creatures; yet, they will not recognize another religion’s belief structure as being unique.

I do believe babies are born sinless; however, like the sponge with water, the baby is open to the sins of the world for influence.
Of your analogy utilizing the diamond, I feel the baby most represents the diamond prior to the cutting and polishing. It is within this thought, I think that society feels the need to mold our youths, as they desire to cut and reshape the diamond. I believe I am tracking your thought process, here.

Think of society’s loss, as innocence continues to decrease at earlier ages of our children.

Reach
Thanks Reach for adding to the thought process. There is no doubt that there is so much to learn for all of us. I wouldn't want people to believe I am advocating that a baby can harbor all knowledge of its sprititually and effective choice. That would be a myopic evaluation on my part. I am saying that the idea that we have some inherent defect simply because we are alive is nonsense. Unfortunately there are so many predators that want to saddle others with this 'blackwash' of evil and sin, intent upon their goal of delivering us each from that sin, that we can loose our way among all the voices of deception. We are clean in our origin and so often we need to subtract a layer of dirt rather than add a new one.
As always, you stimulate thought, and i thank you.

Once again a fine post, Rick. As Ruiz would say (and I'm starting to agree), the agreements that we decide to accept in our lives are the ones that make us feel the need to polish the diamond rather than realizing it is perfect in its current state.

Angie,
Thanks. How was your weekend? I guess you will tell us tomorrow?

Hi Rick,
To expand further on the idea of diamonds and polishing or facets, it is my belief that we are truly each uniquely cut and brilliant gems. The shape, color and brilliance of the gems is already in place when we are born as planned by, well, our selves... at the very least God. The planning is arranged just perfectly so that we can all have the ideal situations to learn what we intended to on this journey to Earth. The tarnish that needs polishing, and I think we are in agreement, comes from the learning that we accept as being of us in our life-time(s). This is the gunk that collects and hides our light. Did that make sense?
Anyway, those are my thoughts. Thanks again for prompting this discussion.
Best,
Steve