Psychics Have No Idea What To Expect Next 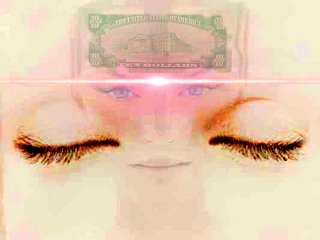 
Reports from the smoky backrooms of the National Convention of the British Psychics Business Association paint a picture of turmoil.

For many years the British psychics have held their convention in a location undisclosed to members. Members have historically been told to use their powers to determine the time and place for the meeting.

Apparently this years meeting was not attended by anyone other than convention organizers.

According to spokesperson I.C. Minithings, the underground phone network used in past years was foiled by a telephone company labor strike. “We weren’t able to get the word out to our members about what to think hard about,” lamented Minithings.

On the heels of the British association’s dilemma comes word from that trouble is in the works as well for the American Society of Psychic Power Practitioners.

According to my sources the American group is at odds over whether or not to allow members to play state lottery games.

The ASOPPP is divided into two distinct camps of thought with neither side holding a clearly dominant position. The older founding members of the group believe there is great risk in playing the lottery since all members would clearly know the winning numbers before they are drawn. They envision a great deal of inner turmoil being set up among members as to how to split the winnings. Member John Visions proposed that the Society itself benefit from all proceeds, but the governing board shot the idea down saying they already know the Society would never need that much money.

The younger members of the rapidly growing society hold a conflicting view. The group is promoting a secret conspiracy where members share the proceeds based on a complicated formula of seniority and need. According to the younger faction, the winning numbers will be submitted by a well paid non-member leading to a lowering of suspicions among the general public.

The president of ASOPPP Joanna Fullnoggin said she already knows where, when and how the dispute will resolve, but cannot spread the word due to the Society’s by-laws that foresaw such an occurrence and were written to protect members with lesser paranormal skills.

Younger members are less confident saying their fellow psychics have no idea what to expect next.

Founding member ‘Hippie’ Trip Taker said, “These troubles stem from the fact that the Society had no premonition that its membership would skyrocket so quickly. Well, er, I mean we did know of course, but we also knew we would have to go through this to get to what it is we already know will happen…err…never mind…its all over your head I think, err, dammit, I mean I know. I can see it there above your head right now, it's in the shape of your long ago deceased Border Collie. Does this mean anything to you?”

LMAO ... I think I met Joanna Fullnoggin once, she was with her associate Phil C. Itolduso.

Interesting couple ...I couldn't get a word in at all.

Lady Dandelion,
It's OK, they knew what you were going to say anyway.

Lady Dandelion,
Yes, since I am not psychic you WILL need to tell me, and I would really like to know!

Why do you think the police consult psychics? Are they that desperate?

EOTR
Sometimes. I think so. Or else its a sting operation looking for cheating lottery players.

Hmmm I wish they would give me the winning lottery numbers!
I have a BIL - Mike I. Knowitall I imagine he's a relative of Joanna & Phil

Cakes,
Maybe Mike can give you the winning lotto numbers!

Haha, funny silly fun. Wonder if Mr. I. III, esquire has been consulted on this matter.

I used my telekentic powers to send my comment....did you get it??

say hi on my top post ya dallas nerd...you are just close enough to actually spank me...

Rob,
Looks like a Texas cowgirl that needs a good hard spankin to me.

Or maybe a branding.

Rob,
Good point. Might be hard to keep that one on the range and in the fences......