Do you get it dude?

Christmas brings stress for a lot of us. It is a painful admission for many people. When I ask my friends about this I have found the typical response to be “Yes the holidays are stressful, but I really love them.” There may be 20 blog posts within that statement alone.

The news reported yesterday that suicides increase dramatically during the Christmas holidays. It is an easy enough statistic to record. There is nothing confusing or cloudy about the evidence and so I reason that this is a tragic fact.

It is tragic on any day.

When I studied sociology in college I wrote a paper on suicide. The subject was chosen based on the fact that a person close to and loved by me had experienced a suicide within their family. This decision by an adult member of the family had lasting consequences on everything that happened within that family for years afterward.

That paper I wrote in my early 20’s came to no conclusions, but rather wandered around in circles of statistics and experts quotations. Today I do have a solid opinion about the act of suicide.

Now that you know the premise of this post I offer the following short story. 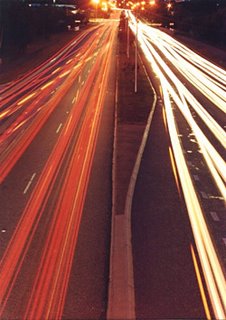 The headlights raced past me, briefly lighting up my silhouette, then leaving me in darkness again as they sped past. I was slumped against a metal pole, sitting on the native Texas grass that grew along the side of the interstate. At the top of the metal pole, the speed limit sign was being pushed slightly away from me, the victim of a steady cold wind on this December evening. The Texas sky was deep black, an occasional star filtering through the urban night lights.
I considered running into the traffic. The driver of the car would have no chance to stop. Seeing me sitting against the pole was not of any concern to them. No brake lights went on in their minds. I was just another man without a story, sitting alongside a highway. I was a man to be ignored or even feared as they moved along in their cars. It was easy to hate them for that. It would serve them right if I ruined their Christmas by running into their path.

A 38 revolver was tucked into an ankle holster under my jeans above my right shoe. Its presence in the holster was uncomfortable, pushing the hard metal of the gun against my ankle bone. I had strapped it on way too tight in anger. I had drunk too much which was becoming more and more common. Thirty years of turmoil within a marriage can open the door for alcohol. Once again she had driven me from the house, threatening to call the police. After strapping on the holster, I had left feeling enormous sorrow for myself. I had kept her clothed, fed and housed for all of the thirty years. She had never worked. Our daughters had both been sent to the best schools, graduates now with husbands and successful careers. Still, I could never please her.

This seemed the simplest of ways to end the pain. The family was raised. She could go on living in the manner she was accustomed with the insurance money if I simply shot myself through the head, though I couldn’t be sure the policy would pay her. If I ran onto the highway it would seem bizarre for a man with a respectable professional career and no history of mental illness.

In a final moment of confusion and despair I decided it simply didn’t matter about insurance or anything else. I had taken care of her and everyone else in my life for as long as I was capable. I was tired now, just too tired to go on. I stood up and walked toward the edge of the highway. The whoosh of the cars momentum blew the collar of my jacket up against my cheek. I stared down the highway to my left studying each set of headlights as they approached. Which car would I choose? Did I really need to choose? Maybe I would just run out there and let fate choose the car.

I was startled by the voice behind me, but I didn’t turn around. Then he placed a hand on my shoulder. Unbelievably this intruder was asking me for help. I turned to find a very young man. He appeared to be around 17 or 18 years old. His hands were dirty, his clothes showing the wear of many miles on the road. A tattered brown leather jacket flapped against his chest as the cars streaked past. A well worn and dirty red toboggan was pulled down to the top of his eyebrows, dirty blond hair uncut for many months spilled out below.

His eyes looked into mine with a mixture of sadness and fear. He asked me if I had any spare change.

What a question. What did I need change for when I left my house in my anger and sadness? I thought “Well yes of course young man, I keep the change I actually need in my left pocket. The change that is just spare is in my right pocket.” The strangeness of the question pushed me into a behavior completely unexpected at that moment. I began to laugh.

His eyes never changed expression. Even as I laughed he looked into mine with a tragic sadness. They were eyes that wanted to cry, but had long ago shed their last tear, as if he had learned to conserve the biology of the tears for a better purpose.

“Were you going to run into the traffic,” he asked?

Startled at his insight, I fell back into my sarcastic self, “No, I was counting how many yellow Volkswagens pass each half hour. I am a Volkswagen executive.”

“Come with me”, he said. “I want to ask you a question.” Then he turned away from the highway and began walking toward the sidewalk that flanked the access road. I stood motionless watching him. He turned and looked at me again, his eyes as sad as ever. “After you help me, you can run onto the highway”, he said.

Well, that’s typical I thought to myself. Another person wanting help from me, no one ever wanting to reverse this damned equation.

I turned back to the highway. I heard his voice at my back, insistent in its tone “If you will answer a question for me, I’ll tell you why you shouldn’t run onto the highway.”

I turned around again. Was this little shit reading my mind? He will help me?
“Alright, you’re on young fella,” I said. “It’s a deal.”

“What exactly is it that you need to know?”
He motioned for me to join him on the sidewalk, the red toboggan bobbing up and down in the ‘yes’ movement. He reached out his right arm, the unwashed dirty right hand motioning the ‘come here’ signal. I walked over.

“Where do I get one of those coats that have the fluffy stuff inside. The stuff that comes from ducks and keeps you really warm. You know what I mean? The kind that are really thick and people go hiking and skiing and stuff like that in them?”

“You mean a ‘down filled jacket? The kind like North Face makes?”

“Yeah dude, I saved some money and I need a warmer coat, but I don’t live here and I don’t know where to buy one.”

“You can get those at Lindale’s. Its downtown. If you take the next street to the right and walk a little way you’ll see downtown. Just walk there and ask someone where the Lindale’s store is. By the way it’s on the north end, so walk to the north end of downtown before you ask.”

He smiled for the first time showing white teeth that had obviously seen dental care at some point in his life. “Thanks dude, I hope they have my size in something. I’ll go there right now.”

“Wait a minute. What about me?”
He smiled again, but this time a wiser smile, less happy than the previous one.
“You don’t ever get to kill yourself dude. God doesn’t allow it.”
“What do you mean? If I get totally wasted by a car I can assure you I will be quite dead and gone.”

“Not really. God gave you a soul for eternity. You would only be killing the body. God expects you to continually evolve and refine your soul. If you kill the body, you just have to start over from somewhere that is less than where your soul stands right now, and that’s even harder. God will let men be foolish by choice, but you can’t rob him of what he really loves most.”

“Are you telling me that I don’t get to go to heaven, that I’m going somewhere that I have to break rocks or some such shit like that? Like hell or something?”

“No dude, neither of those things. Heaven is all around you. So is hell. It’s all right here right now. Wherever God decides to send us we have to keep evolving. Don’t you see dude, you’re just changing jobs is all. But you will have to start over with a lesser job than you have right here. A job that’s even harder. Don’t be a fool, you can’t kill your soul, just keep working on it right here. God decides when its time. You don’t really get a choice about killing your soul.”

I looked at him with wonder. Who was this young dirty kid, wiser than me?

“Don’t you see dude, its easy when you get it. Like math problems. When you get it then it seems easy, just real hard if you don’t get it. Do you understand?”

“Yes, now I get it maybe. Thank you young man.”

He turned and slouched off. He turned right on the street I had shown him, walking up the sidewalk toward Lindale’s. I wished him warmth.
Posted by Seven at 11:26 AM

Thanks for your excellent writing.

I can identify a lot with the giving up, and the feeling or realisation that actually there isn't an alternative to carrying on, that the core issues I feel so hopeless about will still be there and at some point I'll come back to have another go at dealing with them. And in my case I've realised that my suicidal thoughts aren't at all serious, it's just a desparate wishing not to be in the situation I am. (Or perhaps I mean a massive unwillingness to get on with the job). Usually I realise in retrospect what it was that was getting me down so.

Realising that I'm not going to kill myself I feel a little (or more than a little) foolish, recognising that I'm lilving in a fantasy world, or rather a fantasy death....

Bill,
You're cognizance deserves a pat on the back.
Hang tight dude and love your song simply because its part of you. Part of you is a part of all things and so your desire is already realized.
Rick

You know, there have been times in my life where I thought I couldn't go on. I never honestly thought "I'm going to kill myself" but I thought "I'm just giving up. If I were to get struck by lightening right now of get hit by a bus or have a heart attack and I died, that's would be great. At least I'd be somewhere away from here!"

For me, that feeling passes in time. We ALL get down, I guess...it's all in how we deal with it that matters.

I wasn't raised to believe in reincarnation but a part of me wants to believe in it SO BAD....that it's not all over after this life....that we have SO much more to learn and do and experience.