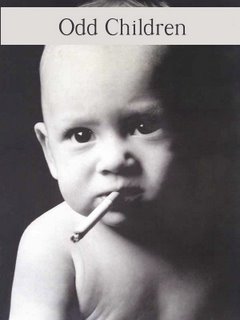 I thought I had seen every episode of Seinfeld. But last night I saw one I had never seen before.
The thinking behind this post comes from the fact that in this episode George Costanza wanted to name his first child Seven. That’s right, the number 7. He thought of it as a tribute to Mickey Mantle who wore the number 7 on his Yankees jersey.
I am fond of the number seven. In fact I am even a little superstitious about the numbers 7 and 3.
The idea in the Seinfeld episode is that George is being as strange as usual and having the number 7 as your name is completely ridiculous.
As Kramer might say, “Hey just hold on there a minute, I think you’re on to something big.”

I like the name. I want Seven to be my new name. Seven Riddle. Or even better, 7 Riddle
As it turns out this fits in perfectly with the history of my mother’s side of the family. My uncle Johnny, my favorite relative of all time had three children, my first cousins. My folks had three children including this blog’s writer, the middle child.
My mother and my uncle had a running discussion about which of them had the oddest children. I didn’t get a vote of course as a result of being one of the ballot nominees, however I was known to try and influence the vote with perfectly odd behavior.

Now where am I going you are wondering? Simple. The number 7 is an odd number. If I can get my older brother to change his name to ‘9', and my younger sister to take on the name ‘5', that makes me the middle child ‘7' don’t you see. It also immediately qualifies my mother’s children as the odd children. Victory is ours. Much to my mother’s chagrin and my Uncle Johnny’s delight.

My cousins, if they are satisfied in having lost, and yet seeming to have won by not being the odd children, can adopt the even numbers as their new names. This could give new meaning to the phrase ‘High Five’. Also asking “Where is One?”, could elicit the response “One what?” but those are just details to be worked out.

It also offers intriguing opportunities for tracking the genealogy of a family. If a 7 mates with a 2 then the first child is ‘9.1' or ‘nine one’ if text is preferred. The second child is 9.2 and so on down the line. This quickly reveals birth order and narrows the possibilities of the names of the parents. Obviously this is much easier in the days of Adam and Eve, but computers should be able to sort out the bigger numbers as we go along.

Many of you mathematicians will try to shoot holes in this design. That’s OK if it doesn’t work out. My chances of getting everyone to call me Seven the rest of the way are pretty remote.
My chances of mating with someone named '2' might be even more remote.

Just wondering.
Posted by Seven at 7:49 AM